Home > Horse Riding Sports > Why Horseracing is So Popular in Ireland 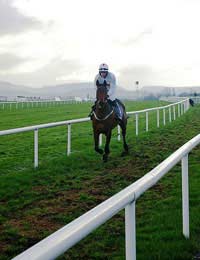 Horseracing and Ireland are inextricably linked. From the hoards of Irish punters who descend on the Cheltenham Festival each year for jumps racing's showpiece event, to the glamour and excitement associated with the Punchestown festival in the Emerald Isle, horseracing and Ireland go together like fish and chips. But it is not just a love of racing with which the Irish are endowed. The Irish connection spans all aspects of horseracing, in particular jumps racing, and few meetings would be the same without the sound of the Irish brogue accent or the list of Irish names on the racecard.

Throughout history and today, many of the top jockeys are Irish born and bred. The two jockeys who are currently and arguably the pick of the bunch are both Irish - with one representing Northern Ireland and the other the Republic of Ireland, And of course, the former, AP McCoy, is widely regarded as one of the top jockeys ever - as was evidenced by his recent Sports Personality of the Year win. But Ruby Walsh, son of the famous Ted Walsh, is not too far behind McCoy in either popularity of number of wins. Neither is Timmy Murphy or Barry Geraghty - both current jockeys who command a fair share of winner's enclosure time. The Irish connection is more of a jumps thing than a flat phenomenon, but Irish flat jockeys such as Kieran Fallon and Jamie Spencer cannot be discounted.

But if Ireland has spawned a good number of jockeys, it must surely be as a result of so many top trainers and breeders coming from that small island across the Irish sea. Jonjo O'Neill, once a jockey himself, is a force to be reckoned with in racing, and a good proportion of horses on any racecard come from Ireland themselves. These horses are used to travelling and visit all the major courses in England to race, as well as becoming stars at tracks in Ireland.

Point to pointing is a cruder form of jumps racing than the uninitiated will be used to seeing on television. But it still plays a major role in preparing horses for steeplchasing and hurdling. It originated as races run from one church to another one the horizon, hence the name, but the place of origin is widely thought to have been Ireland. Therefore, it could be argued that not only is the Irish connection inextricably linked with jumps racing but that it was actually the home of the sport from the start.

Sales of horses have dropped in Ireland in recent times due the worsening economic crisis there - and even Cheltenham is bracing itself for a fall in the number of visitors it welcomes from Ireland. Like any other industry, the recession is having an effect - and the fact that so much of the industry is based on gambling does not help. But racing is ingrained in the national psyche on the Emerald Isle - so while the sport and the industry may be a bit bruised and battered, there is definitely plenty of life in it just yet.