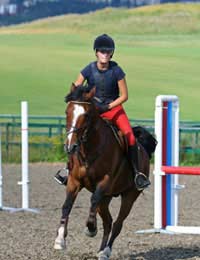 In the UK all aspects of riding have their own governing body, including each equestrian sport discipline. These bodies are a way to make sure the sport is regulated and safe. It also allows everyone who is taking part in the sport to compete on a level playing field. The competitions are organised by the governing body to allow a standard set of rules and regulations to be used – not to mention allow them to take place in high levels of safety.

The British Showjumping Association (BSJA) is the main governing body for anyone interested in showjumping in general. It covers the whole of the sport.

It was created in 1923 and has a long and illustrious history. When it was formed, it had 197 members in the first year and today has more than 15,300 members nationwide.

The BSJA also creates the rules for the official competitions and issues codes of practice for all affiliated competitions.Around 2,000 shows a year are managed by the BSJA. This includes everything from weekend competitions for children and recreational riders, to the Horse of the Year Show. The competitions organised by them include provision for classes of all levels.

The BSJA competition structure is based on the idea of progression – that all riders will move up through the qualifying routes to bigger and harder competitions. This way the rider and horse improve and become ready to tackle the next hardest course each time.

All of the courses on official BSJA courses are built by the BSJA’s own course builders. This ensures all courses are up to scratch both in terms of safety and adhering to the rules and regulations.

The BSJA also helps with international events. It is responsible for selecting and entering riders to ride in international competitions. And sends them as either teams or individuals.

There are also both regional and national training courses affiliated to the BSJA to help riders and horses to bring their jumping up to scratch for the next competition.

As the name suggests, this body is not solely for showjumping but for riders who want to compete in eventing – and thus is useful for showjumpers who plan to progress to eventing.

It governs the whole sport of eventing and has a similar role to the BSJA in that it vets events and builds courses.Membership of BE gives the rider personal liability insurance in all BE events – of which there are around 200 a year.It was part of the British Horse Society until fairly recently, but in 1996 decided to break away to gain some independence.

The British Equestrian Federation (BEF) is the international secretariat for the Olympics disciplines- including showjumping. This means that it represents Britain in the Federation Equestre Internationale – the overarching worldwide body – and advises its member groups of the international scene. It also represents the sport of equestrianism as a whole to the British Olympic Association and clears up policy issues. Its main function is administrative and it is an umbrella group which comprises the governing bodies of all of the equestrian sports.

Equestrianism does have a lot of governing bodies which can be confusing to newcomers to the sport. It helps to be familiar with a few – certainly the ones you will come into contact with on a day to day basis during your riding. Their work is good and they regulate the sport which can only make it better, more enjoyable and safer for everyone.