The Hunting Ban Facts and Figures 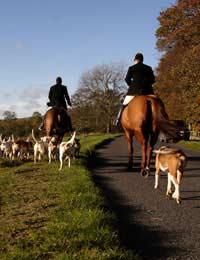 It has been almost impossible to completely avoid the debate about the hunting ban, even if a person has no strong views either way. It has, on occasion, engulfed Parliament debates and has stirred up such strength of opinion on both sides of the debate that no one can have failed to notice it. But whatever the moral views both for and against the hunting ban, the fact is that it is here at the moment, and it has been since 2005, stopping a lot of people from doing what they call a pastime and pleasing a lot of people who think it should be outlawed.

The ban effectively makes it illegal to hunt small mammals – and therefore, since people are trying to find ways around the ban, it is inevitable that there will have been prosecutions along the way. However, the number is smaller than you might expect as police forces have said that although they will always take action against those who break the law, they do not have the resources to monitor the situation closely. There have also been some private prosecutions brought by anti-hunting organisations such as the League Against Cruel Sports.

What Can and Can’t Be Hunted – Facts and Figures

The main creature which the Hunting Ban refers to is the fox, hunted by riders on horses and packs of dogs. But the remit of the ban does extend much further than this and does incorporate other animals. There are also many loopholes and exemptions which have caused anger on both sides of the debate in the past.

The Hunting Ban is very much a moveable feast and with a new political set up in the UK, it is very much subject to change. The hunts in the UK have found many ways to carry on hunting and because the ban is so detailed and there are so many exemptions, there will always be ways to get around it. This is a subject which will continue to attract much debate, and if the coalition do revoke it, there will certainly be a massive outcry.