Home > Horse Riding Sports > Who Are the Countryside Alliance and What Do They Do?

Who Are the Countryside Alliance and What Do They Do? 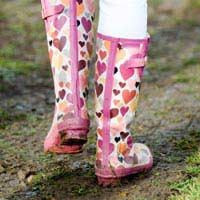 Quite simply, the Countryside Alliance exists to serve the interests of those who live in, work in and spend recreational time in the countryside. The organisation styles itself as a champion of country life, and above all else, it wants to make sure that countryside life, as it has been for many years, continues to exist in its traditional form. Having said this, the organisation itself will be the first to point out that although countryside traditions are at the heart of what it does, the outlook has to be forward thinking, in order to help those in the countryside to survive – for example, like helping farmers to diversify and thus still be able to make a living in what is becoming a hard industry to cope in.

The Countryside Alliance’s knowledge of all of the rural areas of the UK is unsurpassed. From rural areas in the southern counties, to more hilly areas such as the Lake District, this knowledge means that the Alliance and its members are well-placed to campaign on issues of importance to rural communities. This knowledge gives them access to all kinds of public figures from a national, regional and local level. It has a strong history of lobbying for change where it might affect rural communities, and the most well known example of this is the fight against the Hunting Ban – which may or may not prove to be successful now a new administration is in place.

Is it a Charity?

The Countryside Alliance itself is not a charity – it is more of a club, albeit a very big one with a big scope. But within the club there are different arms and one of these is a charitable arm. Called the Countryside Alliance Foundation, it carries out a variety of good work across the country, supporting the work that the Alliance itself does. This can include educating people about rural areas, what life is like in the countryside and how and why they can help to protect it.

So, while it is easy to think that the Countryside Alliance exists solely to focus on the hunting ban, and represent horses and riders, the truth is that this is a tiny part of its work. In reality, in works alongside many other organisations, some of them which are not even hunting-related. It is politically neutral, although many of its activities and views have a more natural home on the right wing – and in this area, the hunting ban debate really does come to the fore, as many saw it as a very left wing decision to make in the first instance.